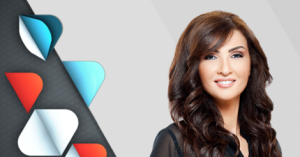 The date of this event is not relevant anymore as it is just a template for similar recurring events in the land of the Lebanon. Crumbling under the weight of her make up the talkshow host of “للنشر” (for publication) bullied for about 20min a Syrian woman nursing a baby. The woman turned out to be a beggar who we are told fakes being handicapped in order to get money on the streets of Beirut. The contrast between these two women was striking. The beggar was dressed in rags holding her child whose skin was blackened by Beirut dusty and filthy streets while the TV host shined with her jewelry, her fancy clothes. The contrast went hand in hand with the domineering and judgmental attitude the TV hostess has as the discussion quickly turned into a general critique of the beggar’s way of life. At some point her child started crying and she said that she needed to breast feed him to which the hostess rushed to kick her out of the stage. This episode of the show was immediately followed by a series of ads about glittering jewelry!

After this consumerist interlude, the hostess welcomed with a radiant smile her next guest Miriyam Klink who related in great detail her intrepid misadventures with priests who allegedly “spanked her ass”. The conversation went more smoothly here. The two women looked alike with their plastic faces. Klink is a Lebanese pop singer who parades various parts of her body as she chants her tasteless songs. This is usually enough to get full media attention as Klink is invited for occasional moaning on all Lebanese TV channel talkshows. Unlike the first part of the show, pseudo-journalist here is talking to her alter ego, her partner in the industry of media spectacle. The judgmental tone is replaced by an “échange de politesses” hiding a nonverbal imploration, a “please tell me how did I succeed in the business of female empowerment the Lebanese (plastic voyeuristic) way”. And Klink seem right out of her latest surgery as her face showed less and less expressiveness that could translate any possible emotions left by the priest’s misdeeds.

This in a nutshell is Lebanese TV, ongoing social class affirmation – in this case one aspect of it which is women “emancipation” – paraded as spectacle in order to extract a profit.